A version of this article written by Richard Kastelein CEO of Agora Media Innovation and Founder, Appmarket.tv) & Dick Rempt (CEO, Talents Media) was originally published in the “The Channel” magazine for the Association of International Broadcasters.

It must be tough to be a broadcasting executive nowadays…watching your audiences move to social networks and online content snacking and your brand advertisers move their budgets to social media and the other screens.

Perhaps you have a VOD platform or Catchup TV with pre, mid and post-roll ads to stop the bleeding – but now you trade TV content dollars for online dimes, in a constant battle with piracy – as broadband speeds follow Moore’s Law and increase dramatically allowing for quicker movie downloads and more P2P sharing. You see your blockbusting ‘must see’ TV formats replaced by – well, what? It’s clear you’re fighting an uphill battle with the plethora of new players creating havoc in thelong-standing, traditional value chain.

Indeed the rapid innovation and fragmentation of media can be confusing; it’s time for new models which pull it all together. But luckily for broadcasters, some things remain unchanged. Key ingredient in good marketing was, is, and will always be – great content that consumers can relate to, and placing it where you have greatest chances for decent ROI. Although this sounds obvious, this might be the life raft.

Broadcasters are facing a dilemma similar to what has happened in the music industry: How to make money from our content? They should look to their audio kin to ensure they don’t make the same mistakes. Don’t sue Soccer Moms for illegal downloading – it’s bad PR and in the end, you will lose price control on re-runs of content anyway.

It’s inevitable…VOD prices of Hulu are already dropping and iTunes is down to 99 cents per episode. In the music industry, music labels (recorded) are in a mortal position, while live (concerts) is very much alive – and where all the money is being made along with new creative merchandising strategies.

So get away from sleepless nights worrying about threats and look for opportunities – particularly in Live TV and first run of content when blended into new Social TV format models. Based on great Transmedia storytelling, broadcasters as well as rights owners have an opportunity within the t-commerce and gaming mechanics side of Social TV that can turn threats into profits. We’ll show it’s not about who controls the content; but it’s about who owns the content controls: the triggers within the content.

Broadcasters generally now have two main sources of revenue: content and related advertising. We know brands are moving budgets to online – particularly social network advertising… but does this really work for them? Does it produce ROI on advertising?

Does the advertiser actually sell more of its merchandise? That kind of conversion is not certain at all – push advertising within e.g. Facebook is quoted as being ‘extremely annoying’ – resulting in dramatically low click ratios of 1 in a thousand.

More successful is branded content, e.g. video clips sponsored by brands that are so funny and engaging that people want to share it with friends. These types of content are actually ‘engagement advertising’ which drives brand loyalty – people on Facebook ‘like’ the content, thus ‘liking’ and attaching themselves to the brand. Brands are discovering the power of Facebook’s brand pages, where people who ‘like’ them can then shop in their Facebook store.

This is called Social Commerce – and there’s no doubt it will explode as these trends now become very visible online, and will no doubt have major impact on spot advertising consumption habits on the Big Screen as well. Brands are still buying spot advertising based on GRPs – but are people really watching, let alone buying? Maybe it’s time for Social TV Commerce on both multiscreen (Tablet/PC/Smartphone and TV) and one screen connected TVs.

The most important trend catalysed by social media is the need to share and contribute to the experience. People not only want to watch and consume, they actually want to actively connect to others while watching. This is the reason why as many as 50% of young viewers watching TV are using a parallel device or ‘media stacking’.

They use their smartphones and tablets to share their thoughts and feelings on Twitter and their Facebook wall; and their remote or SMS texting to vote in Live Talent shows. Wouldn’t they love to contribute, and have a bigger impact on the story than they have now? Here’s where the real untapped potential for broadcasters lies: new models for TV storytelling, in which people contribute and interact – and make themselves part of the story.

So for broadcasters to thrive on new Social TV models it has to produce formats that are engaging to consumers and valuable to advertisers – with elements of gaming mechanics (competition), prize offers (awards, rewards) and participation (voting, influence). It’s imperative to start thinking about TV story telling in a different way – social stories that can be consumed and shared, joined and influenced – on mobile devices, on the Big Screen – or in parallel.

With a story that goes well beyond the TV show itself…before, during and after.

The key lies in great stories people can relate to, engage with and become a part of. To turn ‘Must see TV’ into ‘Must Join TV’. With carefully built-in social triggers for people to join, engage, contribute and feel involved. Opening them up for commerce as Disney Corpdoes so well.

It starts with seeing a format as a ‘social story’ that you not only watch – but can actually join, share, contribute to and thus enjoy even more. By immersing people into emotion around what they love, or have a passion for – opens them up to, well…sharing valuable info with you and – given the right triggers – buying things.

Turn a format into a brand, enable interaction that people are willing to pay for, and in the meantime make a decent buck out of merchandising. Let’s for example turn the well-known ‘Britain’s got Talent’ into a true Social TV format. What would the story be – and what could be the revenue opportunities before, during and after the show?

On-line audition could create value, instead of being merely a cost factor. Imagine you give the audience the opportunity to join the judges of the programme before it runs on TV, and involve them in pre-selection of candidates. This would enhance the media value for the sponsor, as the public is already involved before the TV show is actually aired – while saving on pre-selection and thus production costs. Candidates and judges sign up through their social network profile, automatically spreading the format as it’s shown in their social network.

Not only would you have direct access to the candidates – the same would apply to the judges. Imagine a sponsoring brand gives people that join the format a 10% discount on a next purchase; the on-line part of the format would create direct sponsor value.

When the show gets aired – it’s already a hit because the enthusiasm has been built on-line; so you have a massive engaged audience from Day 1. Obviously, the profile data would also be of great value to sponsors.

Now the show is live, and people can just watch the show – or use a parallel device to interact with each other and the content. The content interaction device needs to add value to the experience, be intuitive to use, and with an already huge installed base – for instance your mobile, PC or a tablet device.

Imagine you first download an app giving access to the format functionality. Imagine you log in to the show, again through your social network – your friends get an alert you’re in. Voting? Forget about SMS; you use your mobile with vivid and appealing graphics. Use the same interface to bet with your friends, or the whole audience:

“Who’ll make it through?” In graphics you dynamically see the general audience’s preferences and mood, or tap live into Twitter feeds. And – if you really like a candidate’s outfit, tap on the ‘hot spot’ within content on your parallel device and get instant info and an option to purchase. In the meantime, you can enter related sponsored sweepstakes.

Your interaction with the format no longer keeps sponsors guessing on GRPs value – they now know what you do. They get access to you, because you like what they do.

After the show’s aired, imagine you’d like to see what’s happening in other countries as well. On-line content snacking is ideal for this; and gives the format owners the opportunity to tap into the long tail of the format. You could review hilarious content, then share it within your network.

You’d use the same mobile format app as before. Again, hot-spots within the content for Social Commerce – now not only in your own country, but in another country where the show runs as well. With catchup the social strata can continue – with trigger inputs left in place for later consumption.

Sounds like science fiction? It’s not – as a matter of fact, all technology necessary for such commercialization of Social TV is already commercially available, just waiting for format creators that combine great story telling with enabling technologies. End users would love it – and so would sponsors, agencies, and brands… and of course, broadcasters and content rights owners. It’s new revenue – a blue ocean strategy for the forward-thinking.

Broadcasters and entertainment companies have one major advantage to the new online kids on the block: 50+ years of story telling experience. Broadcasters have access to the content and the scripts – and therefore control the triggers for interaction, engagement and…commerce.

Whereas classic TV formats keep sponsors guessing if the GRPs are actually consumed by the target audience, let alone lead to conversion – social TV formats offer ample opportunities for extra media value, measurements and conversion. It’s no longer about who controls the Content; it’s about who owns the content Controls.

Broadcasters have a natural fit – but they have to act quickly before pure on-line players learn how to do Transmedia story telling as well. 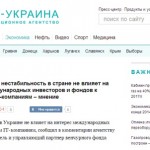 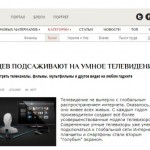