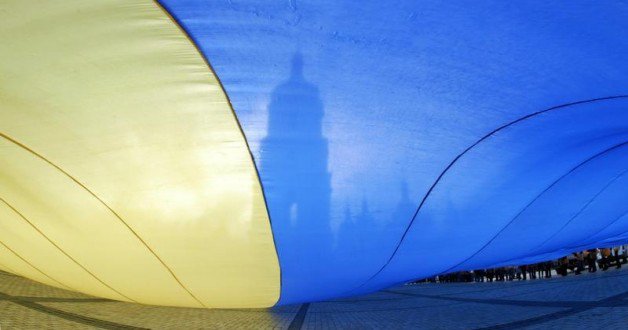 When Dan Senor and Saul Singer popularized the term “start-up nation” in their 2011 New York Times bestseller, they were referring to Israel. As a venture investor, I was most impressed. On the flipside, I was wondering: what comes next? Start-ups grow; angel investors exit; and other projects emerge, attract financing and capture the world’s imagination. Everything moves at the speed of light these days; the Economist is already talking about Israel as a scale-up nation.

In the past year, my native Ukraine has been laying the groundwork to become the world’s next start-up nation. We have more than 2,000 start-ups, about 100 global research-and-development centres, more than 500 outsourcing companies and 100 e-commerce outfits. Samsung, Boeing, IBM, Oracle (to name a few) have a strong foothold in Ukraine, and are poised to leverage the country’s unmatched ratio of quality of human capital to cost of operation. Together they add more than $5 billion to the economy. Our young people are inspired by Ukraine’s native Jan Koum, founder of WhatsApp, and Max Levchin, co-founder of PayPal and Yelp. There are more than 50 Ukrainian tech companies with valuations of $20-100 million that operate globally.

When looking at Israel’s story, the question Senor and Singer posited was how “a country only 60 years old, surrounded by enemies, in a constant state of war since its founding, with no natural resources – produces more start-up companies than large, peaceful and stable nations like Japan, China, India, Korea, Canada and the UK”. Ukraine is only 25 years old; while its natural endowments are plentiful and diverse, it does not suffer from the resource curse; it has a strong tradition of innovation and leadership in science.

The challenges my country faces are immense, but what is not readily apparent from the newspaper headlines is that our tech sector is thriving in spite of everything. Despite the hostilities, the Ukrainian information technology (IT) and start-up community has managed to get 60 venture deals closed in less than two years. In 2014 alone, 10 new high-profile investors entered Ukraine.

Like Israel, Ukraine has a limited internal software market. Over 90% of its product companies target the entire globe. Creating an enterprise software start-up with 20 people working for at least two years would take $10 million in the US. In Ukraine, the cost is 10 times less. With a 90% discount at a comparable level of professionalism and technical capabilities demonstrated by the Ukrainian programmers, no wonder many of those in the know are intrigued by the opportunity.

One such company is Paymentwall, a payment platform for games, virtual goods and web services available in 200 countries with $2 billion in revenues. This project emerged from cooperation between investors in the US and Ukraine. Now it faces the prospect of an IPO within three to five years. When Richard Branson visited Kyiv in April for a conference, he expressed a strong belief in the Ukrainian tech industry.

It isn’t just the scale of opportunities in Ukraine or the market potential that motivates foreign investors. Global companies, which have operated in the country since independence, are quite aware of its meager record on the corruption front. But what they also recognize is that many of Ukraine’s ministers have strong private-sector experience.

Many investment decisions come down to risk tolerance. It is clearly an individual’s decision on how to interpret the situation in Ukraine, but not recognizing the start-up boom and the tech-sector reality on the ground would be an oversight. I live in Kyiv, and when I look out of the window, I see Ukraine’s bright future – driven by young entrepreneurs. I raise capital and I invest my own money in the Ukrainian start-ups, and it has been the most rewarding experience of my professional life.