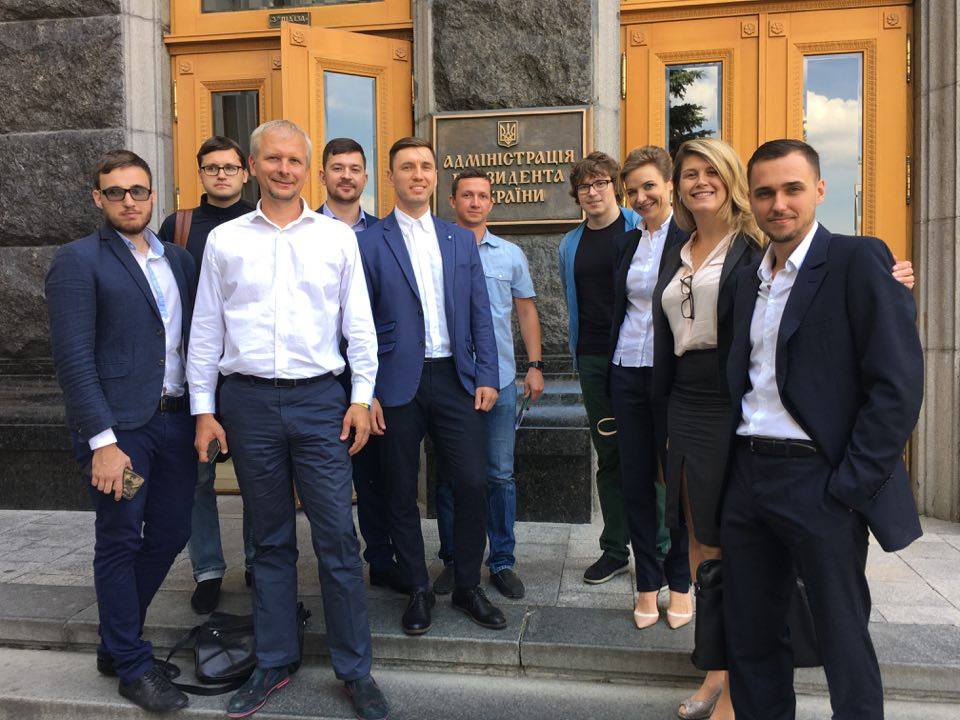 As it is known, in January of this year the development of high-tech sector in Ukraine was declared to have the priority place.

So the meeting run the questions of existing problems in IT-industry and the solutions may be suggested.

President of Ukraine Petro Poroshenko, Deputy Head of the President Administration Dmytro Shymkiv and other members President’s team represented the side of Administration.

We suggested six specific proposals necessary for the development of high-tech and IT in Ukraine that are expected to be supported by state. Their implementation could stimulate venture business, startup and IT-business ecosystems’ growth in general.

So the main proposals announced include:
— Establishing of the governmental institution responsible for innovation policy — similar to Office of the Chief Scientist in Israel;

— Supporting the implementation of «Fund of funds» investment program. It can be provided by European Investment Bank (EIB) that finances venture funds and other international institutions which implement this mechanism. Such a program could foster the development of venture capital and IT-industries allowing existing 2500 startups (according to UVCA data only 66 of them attracted investments last year) to get funding in Ukraine, thereby to shrink qualified specialists’ outflow.

— Conducting the simplification of obtaining working visa for foreign specialists. Considering the world’s experience, reducing the obtaining visa period up to 1 day and easing the procedure in general is necessary for Ukraine, especially for specialists in IT-sector. In such a way we can avoid corruption and bureaucracy, foster the attraction of foreign capital and entrepreneurs, improving Ukrainian business-climate.

— Protecting IT companies from unlawful actions of legal authorities. This goal could be reached through imposing a moratorium on elimination of severs from the companies that conduct innovative activity. The President was suggested to control this question personally to save Ukrainian IT-industry through preventing business’ outflow.

— Improving the legislation for intellectual property protection. Today the absence of real protection mechanism causes the situation that not only Ukrainian budget sustain a great loss but legal companies suffer a billion loss as well.

— Implementing favorable fiscal conditions for conducting IT business in Ukraine same to technological parks’ conditions all around the world. That could definitely play an important role in attraction of foreign companies and boosting country’s attractiveness for doing business.

After all it is important to note that President not only listened carefully to all proposals, but also commented on each discussed issue.

«The conversation went in a really serious way. President Petro Poroshenko promised to learn more about our suggestions and to conduct the follow-up meetings to establish the dialogue between the state and IT industries aiming for further productive cooperation, — Andriy Kolodyuk has mentioned. — I hope that we will work on each issue and will have positive results of it. Thus, it was only the first meeting.»