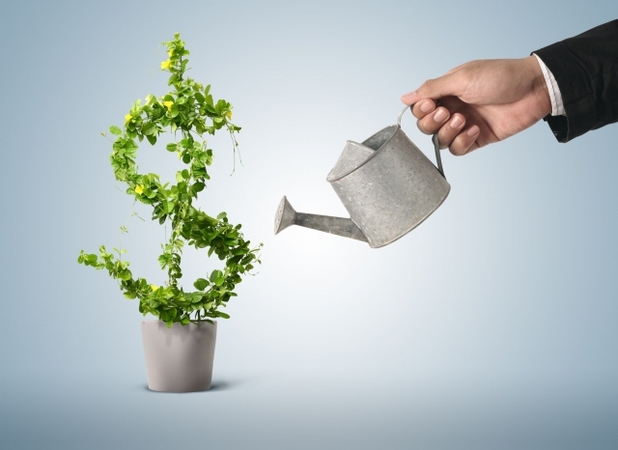 I feel that it is important for the world to have a truthful opinion about Ukraine, primarily about investment opportunities and the prospects for their development.

Why is everyone talking about ukraine as an emerging it nation?  Why are many investments aimed at the high-tech sector?  What is information in your understanding?  Is not ukraine with its internet media saturation and diversity an informational society yet?

Today,  thanks to  the IT  industry, the investment attractiveness of the country is recovering on a global level.  Thus, in 2015, Ukrainian IT companies received $132 million in investments – this is data published by the Ukrainian Venture Capital and Private Equity Association (UVCA) Overview.  Ukrainian investors  established the association  two years  ago;  it now has more than 40 members, most of them are international investors.

Speaking about the role in the economy of the country in 2015, the IT sector represented approximately 3% of its GDP, while in 2012 the figure was 0.8%.  There are more than 100 R&D centers owned by multinational companies in Ukraine. Today IT is the third largest industry in terms of export  volume  and the largest in export volumes to the USA.  However, the information vacuum is a major obstacles to high-tech  industry development  and this slows  down its development.  This particularly concerns the business and general current affairs media.  The big startups, which have already received investments, are being actively covered.  However, there are about 2,500 start-ups in the country, which need media attention, but at this point only a few thematic media outlets are writing.  Indeed, thanks to the social networks there is a way to share news and to deliver information, but this appears to be resulting in a niche effect.

You have already started many informational projects in ukraine.  How are they benefitting society y and a specific individual?  What else of interest are you planning?

Today about 100.000 jobs in Ukraine are in the IT sector and up to 400.000 in companies dealing with hi-tech.  In comparison, there are more than 5.000.000 such jobs in Europe.  And note, they are not looking for programmers with 10 years of experience or more.  Today it takes several months to retrain and begin gradually working in the industry.  This is the chance to show yourself and feel involved in the building of the informational economy.

Our task now is to acquaint everybody with Ukrainian IT and the investment environment.  It is of concern to both the citizens of  our country and to international experts, entrepreneurs and investors.  A very important task is to provide the world with realistic information about Ukraine, so that our country can be known not only as a country in which there is a war.

In this manner, we continue to explain to the world that investing in Ukraine is not only possible but is also profitable.

Creating an informational society is impossible without i.T. Specialists and i.T. Technologies.  What is the situation in ukraine in these fields?  How can it be improved? What are the prospects for its development?

The IT branch is not just an opportunity for Ukraine to survive in current conditions, it is also a way to ensure the implementation of its strategy as an economically strong and independent state. Does everybody understand this?  No, they don’t.  I do and my colleagues do, and we are going to make everyone aware that start-ups and IT are not just separate cases, but is a big industry that can pull Ukraine out of the situation in which it finds itself today.

The distinctiveness of IT companies is that they are inherently  global.  It  means that you do not have to leave the country  to attract international clients or investors.  That is to say that their development  will ensure the development of Ukraine’s IT image in the international arena.  Ukraine and the world are becoming  global, we are talking about integration into the global information society. Today  we have to think not only about the creation  of a local informational society, but also about external one with, I repeat, objective information about our country.

How have you become what you are now?  It would interesting to learn about your biography, not the one from official sources. What milestones of your life can be noted as the most important in the formation of your business, your views, civic position?

I  spend about six months  a year outside  Ukraine. This started in the 90’s, when  I was in commerce.  It was dangerous then, as it could be regarded as profiteering. But I wanted  to go abroad to learn how to do business. That is why in 1992 I went to New York for a few weeks to learn how it was arranged there and ended up staying there for three years, although it wasn’t my intention to emigrate for good.

It was a very good experience because I saw how businesses functioned in the USA.  It was not about the soul, not about romance, as is often shown in the movies.

After two years of working for other people (I worked for the Hasidim who were trading in electronics), I learned one very important lesson:  if you want to do what you want, you must become the boss.

So I started to build the business, which I continued in my country. During this period I was the founder of three  companies:  Unitrade, Universal Telecom, Mega Telecom, as well as the investor in the magazine, Communication World.

In 2001 I  created AVentures to invest in projects with international potential.  I gathered a team of 8 people with whom, during the first year, we reviewed over 500 projects in  such fields as  IT, biotechnology, logistics, space technology and everything connected with technologies in general.

I realized that a product can be developed in one country, but the company can be set up in the Silicon Valley. The same way as the Israelis did it, for example.

The key reason for me to join the investment business was the opportunity to build a global company.  Global companies could be built from Ukraine because we have the needed technologies and other facilities.  The motive from the beginning was not a financial one, though I approached each deal as an entrepreneur.

The Silicon Valley inspires me even now, firstly because of its openness, where the entrepreneurs share their experience, ideas and knowledge.

It is through this dialogue that we are able to succeed in business faster, find our niche and make our product interesting.

AVentures Capital  also does this almost on a daily basis: we share our experience, involve experts, arrange events, including visiting ones. Our goal is to help those  who  have  developed their  own  product, but do not know where to go with it, on which door to knock. On the other hand, international  investors, seeking investment objects, often address UVCA. We organized a  roadshow  to  Israel (with the support of Ukraine’s Ambassador to Israel, Gennady Nadolenko), a tour to Canada (with the support of the Ambassador of Ukraine, Andriy Shevchenko).  We plan to promote Ukraine in other countries, particularly Japan and the UK.  It is important that the world develops a realistic opinion about Ukraine, including its investment opportunities  and prospects.  We work hard to ensure within our IT environment, that startups and investors get to know each other, meet and enter into agreements. A successful Ukraine, which we are building, can be promoted in the world as a country having a lot of ideas and talents, a country that is open to investments.

Read more success stories in Diplomat – ukrainian voice in the world. Thanks to Inessa Blozovskaya for the interview