Blockchain had vast potential to greatly transform the video advertising market. Several issues such as lack of transparency and inadequate revenue continue to impact the industry, and advertisers are getting fed up. As advertisers demand more transparency, the industry is going through some radical changes, and it’s just getting started.

In the current landscape, content owners aren’t getting their fair share of advertising revenues, with some receiving a mere 3 to 5 percent. Advertisers are also losing out on billions in revenue due to fraud and piracy, which is expected to carry a price tag of $32 billion. Meanwhile, intermediaries like YouTube are receiving the lionshare of revenue.

Meanwhile, the rise of cryptocurrencies in 2018 was arguably the trend of the year showing no signs of slowing down anytime soon.

The truth is that the blockchain technology behind cryptocurrencies could revolutionize not only the financial markets but many others, including such data-hungry ones like advertising industry. According to IDC forecast, blockchain investments will increase from $2.1 billion in 2018 to $9.7 billion in 2021. No wonder corporate giants such as IBM and MetaX are already investing millions in the blockchain-based online ad market.

Market problems and solution through blockchain

Users are also facing problems, which in turn spell issues for the industry as a whole. Many simply cannot afford the services they want or are forced to pay for television packages with content they do not consume.

Advertisers are also facing barriers. Brands are seeing 70 cents of every dollar they spend stripped away by middlemen. According to Juniper Research, they too are at risk of fraud, with losses estimated at 19 Billion dollars this year.

How will blockchain remedy these issues? The use of blockchain tech invites benefits for all parties: users, content owners, and brands.

On DIVAN.TV 2.0, viewers will rewarded for watching ads and for sharing their data, in turn making the majority of the content they’re consuming free. These rewards can then be spent on premium content. Users will also be able to directly support content providers by using their rewards as a form of payment. Viewers will also be spared from having to pay for content they will not consume.

The role of the middleman will also be diminished. This decentralization allows for the whole content provider reward system to be transparent and reduces the prevalence of piracy.

For brands, the ability to appear on over 1 Billion smart TV screens, with no AdBlock is a tangible advantage. Brands will also be able to have real-time contact with both users and content providers, allowing for better communication and more effective ad targeting. With the help of smart contracts, reports on ad and organic video engagement will be fraud-free and transparent.

With all of these benefits, the question “where can I access all of this?” may come to mind. DIVAN.TV is introducing DIVAN.TV 2.0 Blockchain Video Platform. Rewards will be paid out to users using the D1 Token. Users are rewarded in Tokens. Brands use Tokens to pay users and content owners. Content owners receive Tokens from brands and users, and in turn use them to pay for a place in the top of DIVAN.TV search positions.

Users will be paid 30% of advertising revenue in D1 Tokens, which then can be used to purchase premium content, or sent to content providers. Content owners receive 50% of ad revenue for their content. Brands also pay less, buy placing targeted ads using Programmatic to advertising on Smart TVs.

The token economy, naturally alongside the blockchain trend, is going to reinvent video advertising. It’s time to hop on.

The upcoming DIVAN.TV 2.0 Blockchain Video Platform is a brand new, global solution for the video advertising market which will bring unique token economy benefits to brands, content owners and users.

DIVAN.TV’s Over-The-Top (OTT) services are available on main Smart TVs hardware platforms like Samsung, Philips and Sony, as well as web platforms, smartphones, tablets and set-top boxes, such as Android TV, Apple TV, Amazon Fire TV and Roku for over the 2-million monthly audience in more than 195 countries.

Stay tuned for more updates to our webpage https://divantv.io/ 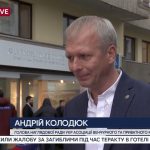 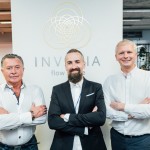 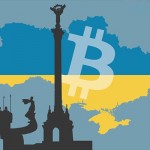